It is hard to imagine now, but on Monday, March, 9 of this year all four of us were standing in a very crowded place in Frankfurt: the American Embassy. Why? Because we were still planning our trip to Seattle and Willem needed a new American passport. According to the American-German family in front of us, we were lucky to be done with it in about two hours.

At that point, I had already done four different sets of paperwork for the kids: Willem’s Belgian passport, Willem’s American passport and Belgian identity cards for both kids. Each application asked for copies of birth certificates and copies of other passports, recent passport pictures and proof of residence picked up at the local municipal office. The American passport sat us back about 200 euros, not including the trip to Frankfurt. The Belgian passport sat us back about 100 euros, if we ever get it. As Belgium is a small country, it does not have a lot of embassies. To make up for it, they have “a flying kit service”: you do not have to go to the embassy in Berlin to get your picture and fingerprints taken; you can make an appointment in certain cities at certain times. Unfortunately, the flying kit service to Cologne where we were hoping to get an appointment for Willem was canceled due to Corona. We will see what happens. We did however receive the kids’ identity cards. Unfortunately, the paperwork wasn’t done at that point. While visiting the municipal office, they noticed that not all our documents are in German, which wasn’t a problem four years ago. So, now we also have to get international documents or notarized German translations of the birth certificates and our marriage certificate.

All of this was not even why I wanted to write about paperwork to begin with. A couple of weeks ago, the kids came home with a letter from school telling me that a new German law had come into effect: Since first of March, you have to prove that your kids have had all the necessary vaccinations to be able to attend school. Which of course meant: more paperwork. But where all the German kids could just bring their vaccination booklet to school, mine couldn’t. Janne has a Belgian-American vaccination booklet, Willem an American-German vaccination one and as a result, I had to go to their doctor and have her sign the sheet stating that they had all their necessary shots.

Which brings me to the moral of the story: if you do not like paperwork, do not move abroad. (Or be a well paid expat). Even if you just stay put somewhere, there is always paperwork to be done, but if you move abroad, it grows exponentially. You never have the standard forms of the country you are in, making everything more complicated. And that is after you figured out what paperwork you need to begin with. And have you ever filed taxes abroad? Or in two countries for the same tax year? It takes a lot of time. I can tell you that.


Some expats are lucky enough to have all the paperwork been taken care of by HR or another service. Academics do not fall into this category. We had to figure it out by ourselves, a very time consuming process, not to mention the costs. But honestly? I am not complaining. In fact, I kind of like the challenge and I even made it into my job to figure out how procedures or applications work. I guess I got a lot of training in doing so by moving around. And what is more! At least, we have papers. To me, paperwork is just an annoying hurdle on the way. Not what traps me at the border after fleeing from war. We know enough of the country and the language to understand what is going on, and we have enough money to apply for the right papers. I can only imagine how it must feel and how you are treated by bureaucracy when you do not have the right papers and hardly know what is expected of you.

One Reply to “Paperwork times Countries.”

Have you ever dreamed about living abroad? Have you ever wondered what it would be like to start a new life in a new country? I have done it. Twice. With my husband and kids. His academic career as the only guideline. All those impressions, all those experiences, all those thoughts, about those experiences, or life in general. I serve you the good, the bad, and the ugly of my life abroad. With a hint of philosophy as my preferable coping method.

Hi, I am Annelies, a cat person, married to a dog person, Frederik, who I met during my PhD in Philosophy. He is a nuclear physicist and a great father to our two kids. Janne was one and a half when we moved from Leuven, Belgium, to Seattle, USA, in 2011. We had a great time and our son there. In 2015, we moved again, this time, to Mommenheim, Germany, a traditional wine village near the city of Mainz.
I am great at DIY's, not so great in dealing with bad news or losing board games, but who is? Really? I love crafting and writing, the first being my yoga, the latter my therapy. Unfriendly and rude people upset me, which is why I end up writing about them more than I want to. 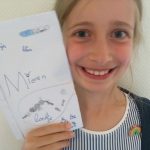 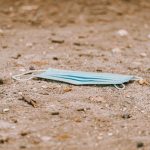