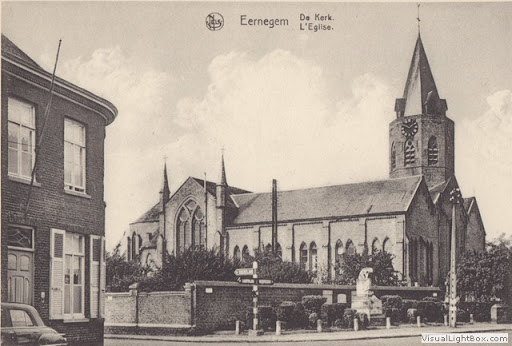 As a child I loved sleepovers at my grandparents. Remembering them now brings up this flow of sights, smells and sounds that I will cherish for the rest of my life. Although they surely weren’t all the same, they all followed a similar routine.

Sleepovers in the summer meant ice cream! My grandfather loved ice cream and as they always had dinner early in the evening – 5 p.m., they would have ice cream in front of the television as a sort of evening snack. In the winter, sleepovers meant sitting in the couch snuggled up next to grandma until grandpa would turn off the television and say it was time for bed. Which meant: milk with honey! Grandpa and I would sit at the kitchen table, while grandma was heating up milk in a pot on the stove. I would have my milk cold and eat honey out of the pot until my grandpa said I had enough. After pouring the milk into the mugs, my grandma would turn off all the lights except for the lamp right above the table. The whole house would be dark and quiet while we would be sitting in this big bubble of yellow light. I have never felt safer in my life than in that bubble.

Afterwards, while my grandfather did his round, making everything secure for the night, my grandma and I would already go upstairs, each carrying a night bucket. Mine already seemed big compared to the one I had at home. My grandma’s seemed gigantic. (When I saw my night bucket as an adult, I could not believe how small it actually was.)

My grandparents’ bedroom was at the front on the first level. The room next to it was the old kid’s bedroom. It had this cute white wallpaper with blue stripes on it, a big beautiful wooden bed with fitting nightstands against the back wall, a fitting mirror dresser on one side and a big fitting wardrobe on the other. Tucked in by the wardrobe was a little red carpet to put the night bucket on. Above the dresser was a beautiful picture of my sixteen year grandmother. The room of my grandparents had similar wallpaper – white with blue little flowers- and similar furniture – with a slightly different design and a different setup because of all the front windows. They also had a mantel shelf and a brown elegant recliner with a footstool standing next to the window. My grandparents would often sit there and peep through the glass curtains. On the mantel shelf, there stood a vase, some pictures from the grandchildren and an alarm clock that ticked so loud, I could hear it ticking in my room.

I have very vague memories of grandma sleeping next to me, but that was rare. Most nights, she would just tuck me in in this enormous bed, the sheets and wool blankets so tight that I could barely move and I would pull and turn until I got some wiggle room. After that, she would turn off the lights and go next door. Lying there, all cosy, smelling the fresh sheet, I could hear her moving around and getting ready for bed. I could hear her using the night bucket, letting down the shutters and then the squeaking of the recliner as she took place to wait for my grandfather.

I could hear him coming closer too. He would check every room and every door in the house, turning on the light, turning it off again with this very loud clicking sound of old light switches and locking the door. When he would arrive in my room, he would do the same: turn on the light, look at me and wish me good night. And almost always, I would be hiding under the blankets and then pop up in an effort to startle him, or I would be pretending to be fast asleep already – which never was the case. After that, he would lock the door, separating our rooms from the rest of the house, turn off the light and walk to his room.

Another set of sounds would follow: the use of the night bucket, the winding of the alarm clock, the squeaking of the big wooden bed, the rustling of the sheets as they got into bed and then the quiet murmur of two people talking. If I really paid attention, I could understand what they were saying. I mostly did not bother, as I was already dozing off. But there was also always one other sound: the sound of a big loud fart. Which I found so funny, even as a kid.

Decades later, I was having a coffee break with my grandma, doing what she loved doing: talking about her beloved husband, who had died way too early. I told her what I remembered of my sleepovers as a kid: how I always was hiding under the sheets or pretending to be sleeping when grandpa turned on the light in my room. And how he always farted, one big fart so loud I could hear in my room. My grandma blushed: “That wasn’t your grandfather. That was me.”

No comments yet
Memories

Have you ever dreamed about living abroad? Have you ever wondered what it would be like to start a new life in a new country? I have done it. Twice. With my husband and kids. His academic career as the only guideline. All those impressions, all those experiences, all those thoughts, about those experiences, or life in general. I serve you the good, the bad, and the ugly of my life abroad. With a hint of philosophy as my preferable coping method. 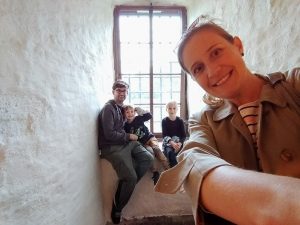 Hi, I am Annelies, a cat person, married to a dog person, Frederik, who I met during my PhD in Philosophy. He is a nuclear physicist and a great father to our two kids. Janne was one and a half when we moved from Leuven, Belgium, to Seattle, USA, in 2011. We had a great time and our son there. In 2015, we moved again, this time, to Mommenheim, Germany, a traditional wine village near the city of Mainz.
I am great at DIY's, not so great in dealing with bad news or losing board games, but who is? Really? I love crafting and writing, the first being my yoga, the latter my therapy. Unfriendly and rude people upset me, which is why I end up writing about them more than I want to. 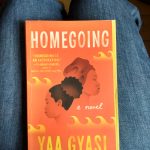